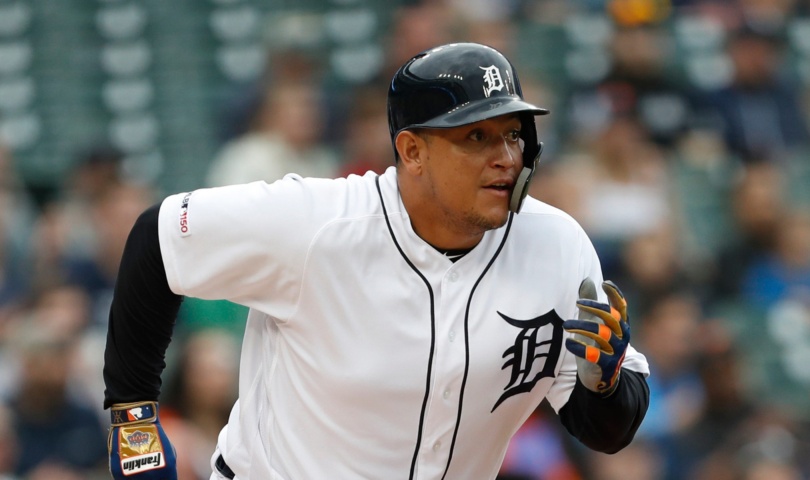 Miguel Cabrera became the 33rd MLB player to reach 3,000 hits on Saturday with an opposite-field single against Colorado’s Antonio Senzatela.

Cabrera, who had been chasing the mark when Yankees manager Aaron Boone intentionally walked him earlier this week, is just the seventh player in history to reach 3,000 hits and 500 home runs. The others are Hank Aaron, Willie Mays, Albert Pujols, Eddie Murray, Alex Rodriguez and Rafael Palmiero.

The future Hall of Famer has won two MVP awards and the 2012 Triple Crown. He’s been with the Tigers since a 2008 deal that sent him and Dontrelle Willis to Detroit from the Florida Marlins, with Cameron Maybin the biggest piece of the package in return.

At 39, Cabrera has slowed down, but still hit .256/.316/.386 over 130 games last season. His next milestone will come on his next double — which will be the 600th of his career.https://platform.twitter.com/embed/Tweet.html?creatorScreenName=nypostsports&dnt=true&embedId=twitter-widget-0&features=eyJ0ZndfZXhwZXJpbWVudHNfY29va2llX2V4cGlyYXRpb24iOnsiYnVja2V0IjoxMjA5NjAwLCJ2ZXJzaW9uIjpudWxsfSwidGZ3X3NwYWNlX2NhcmQiOnsiYnVja2V0Ijoib2ZmIiwidmVyc2lvbiI6bnVsbH19&frame=false&hideCard=false&hideThread=false&id=1517918198317862917&lang=en&origin=https%3A%2F%2Fnypost.com%2F2022%2F04%2F23%2Ftigers-miguel-cabrera-joins-3000-hit-club-with-single%2F&sessionId=56a9aeda02a30e4e6e054a44a1e2e8b5ac8efba3&siteScreenName=nypost&theme=light&widgetsVersion=c8fe9736dd6fb%3A1649830956492&width=550px

“I’ve tried to remind our players that we’re playing with a living legend,” Tigers manager AJ Hinch told reporters. “We’re going to look back at these numbers, so few people have been able to reach these milestones. We’re going to celebrate the moment with him.”

Boone and the Yankees were booed heavily earlier this week after intentionally walking Cabrera — a decision that went on to backfire. Cabrera, though, tried to calm down the fans in Detroit by reminding them that the Tigers were leading 3-0 at the time.