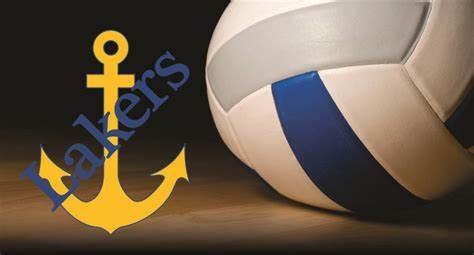 HAMMOND, Ind. – The Lake Superior State women’s volleyball team competed in the 2021 Midwest Region Crossover Tournament on Friday, Oct. 15 and Saturday, Oct. 16 in Hammond, Ind. at the Hammond Sportsplex & Community Center. The weekend tournament was composed of teams from the Great Lakes Intercollegiate Athletic Conference (GLIAC) as well as the Great Midwest Athletic Conference (Great Midwest) and Great Lakes Valley Conference (GLVC). The Lakers fell in all three of the matches they played in this weekend.

The Lakers dropped the opening match to Malone in four competitive sets. Lake Superior took the first set by a score of 25-19 with a 0.276 hitting percentage. Malone responded with a 25-18 win in the second set to even the match at one. The final two sets required extended play as Malone took the set 27-25 and clinched the match with a 32-30 fourth set win.

Ally Gruber and Camdyn Odykirk were tied for the team lead in kills with 12 apiece. Senior Sarah Bailey followed with 11 kills and a .400 hitting percentage. Halle Grulke, the Lakers setter, recorded 43 assists in the match. Ally Lasley and Bailey each recorded two of the team’s seven service aces in the match.

Bethany Wilson, who led the team with a .308 hitting percentage in the match, and Camdyn Odykirk were tied for the team lead in kills with five. Grulke recorded 18 of the team’s 22 assists in the game. Lasley registered a team-leading 10 digs for the Lakers.

The Lakers wrapped up the Midwest Crossover with a three-set defeat to the William Jewell Cardinals. The Cardinals posted a 25-21 win in the first set and followed with scores of 25-17 and 25-14 to secure the match.

Odykirk continued her strong season with a team-leading 10 kills in the match. Wilson followed with six kills in the match and a team-high .235 hitting percentage. Grulke totaled 32 assists to bring her career-total up to 1521, which ranks ninth all-time in program history.

Defensively, the Lakers were led by Hagelthorn who recorded a team-best 16 digs against the Cardinals.