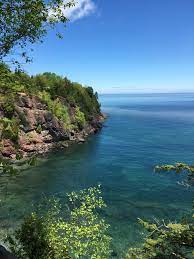 MARQUETTE, Mich. (WLUC) – A man is dead after falling from a cliff at Presque Isle Park Monday afternoon. It happened just after 1:00 p.m. on the east side of the park, just north of the observation deck.

Marquette police say witnesses reported the fall and police, fire and paramedics responded. First responders tried to rescue the victim who was found in Lake Superior near the shoreline. The man was unresponsive, and first responders did CPR. He was taken to UP Health System-Marquette but pronounced dead.

Police say the investigation is ongoing at this time, but preliminary information suggests he fell while trying to go down the cliff to take pictures. The victim’s name is being withheld pending notification of family.