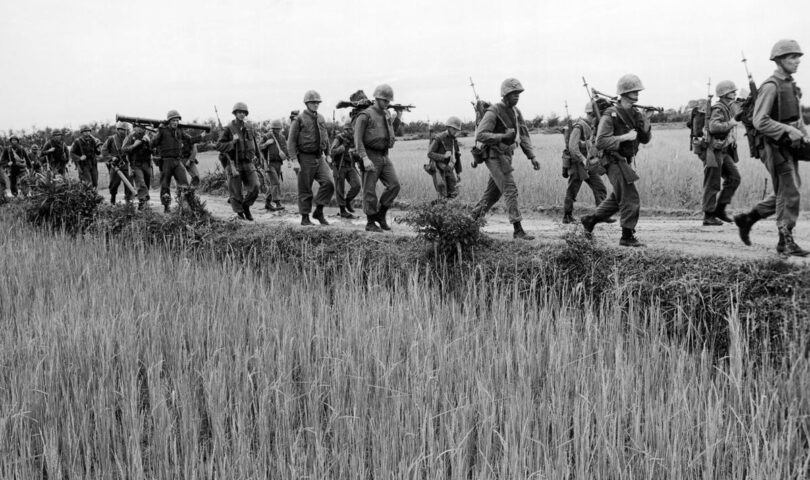 Here I am again. I just got back from bivouac a few hours ago. I cleaned my equipment and then took a shower. Boy, was that ever refreshing. I sure was tired. We started in a 15 min. to 2 o’clock and was it ever hot. That road was so hot that you could bake bread on it. We had a night problem last night, and we were sure tired. Then we did a lot of walking and road sketching this morning. Them making us march in the heat of the day was the last straw. Only ten of us finished it, one officer, 4 corporals and sergeants, and five private and p.f.c.s. That is certainly rough going.

You were telling me not to eat so much candy. I have only eaten about a half dozen of them since I have been here. About all, we get here, is vegetables and very little of them. This is one heck of a camp.

After all of the work we did in preparing for the General, he didn’t arrive and will be here next week. Also, we have an ordnance inspection next week. No rest for the weary.

Some of the fellows are going out on the rifle range tomorrow, but I’m not, as I am already proficient with the rifle. Thank Goodness!

I had a letter from you yesterday and sure was glad to get it. I only got one letter today, and that was from Wilma. Her brother got a pass to go home, and he spent one day there. He must be in a good outfit, as he gets quite a few long passes and furloughs.

Have you heard from Effie lately? I don’t have much news so I’ll close for now.

Until tomorrow. So long.

Your son and brother, John.