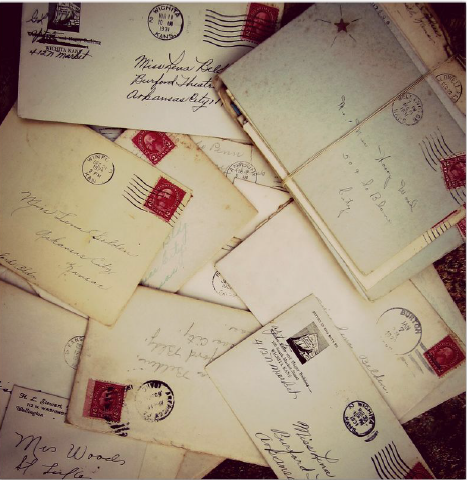 Letters from the Past
No. 3

My Darling Helen,
I have at hand another letter from you which I received yesterday. It found me well and in good health as usual.

Yesterday, I and one of the other boys began making the rope fenders that I was telling you about. It is quite dirty to fix them having to use an old line about 2 ½ inches through. We have to cut them in the proper length and whip or in other words tie or rather wrap the ends with marlin. This marlin is a kind of 2-ply cord with some kind of a preservative soaked into it, making it a little sticky so when it is once tied or wrapped together it isn’t very apt to come undone.

The new floats have a kind of panel every 6 ft. along the side and there are 8 panels along one side of each float. Each panel is about 6 ft. long and it takes four lengths of the rope to fix it. We nail these pieces in the panel to fill it out as the boats will not injure the sides and also help to keep from scratching them. We have two finished and the rope or fender, as it is called in the Navy, cut for another panel but have not got them nailed in place yet. You see we have got quite a job ahead of us before we get through.

We were working at it today too, and most likely we will have several more days to work at it before we get through with it.

I expect that either tomorrow or the day after, we will have to let the motorboat out that is here on the way to the boathouse. I think one of the small steamers will come up next to have a new condenser put on it, as the old one leaks very badly, at least so the engineer told me.

The other night, I heard that no man in the Navy would get out within 12 months, and again last night that the Navy Department was going to turn loose of 50,000 men if they were actually needed at home to attend to their business or whatever the case might be.

Tonight, I heard that the Navy was going to increase its number of men to 1,000,000, and if that is the case I don’t think that there will be much chance to get out, but I am not going to worry, but leave my care with our “Father” above who rules all and knows just what is best for us. If I have to stay my four years I will just have to be patient and make the best of it.

It cleared up some Sunday evening, so I went to Norfolk and met Glenn again, and then we went to church together, and after church talked a while before I came back to camp, and he went back to his ship,

It is almost time for the lights to go out so must close. With my love and kisses to my sweetheart.