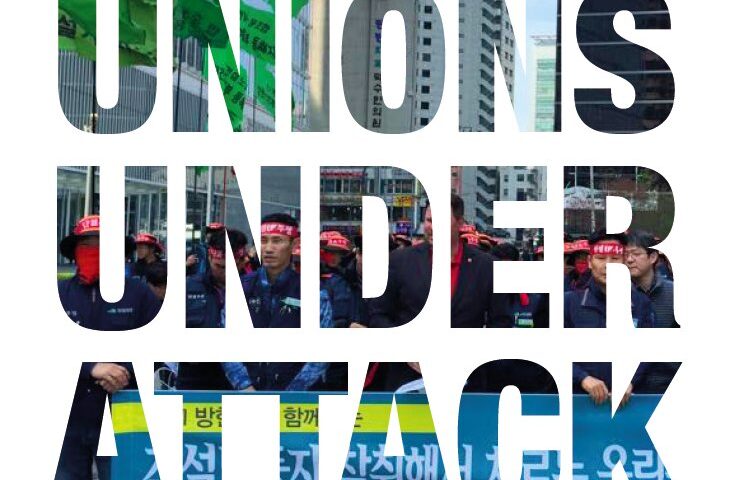 Unionized state workers would have to confirm their willingness to pay dues each year under a proposed rule change before the Michigan Civil Service Commission.

The proposal has drawn the ire of some Michigan Democrats, including Rep. Terry Sabo, D-Muskegon Township, who called it “an attack on working people.” Free-market advocates argue the proposal better informs unionized state employees of their rights under the Right to Work legislation passed in 2012.

The four-person commission will vote on a proposed amendment to Rule 6-7 at its next public meeting at 10 a.m. on July 13. The rule currently states that the commission “shall establish the exclusive process for (state) employees to authorize or deauthorize deduction of union dues and fees” from their paychecks, according to the Civil Service rule book from April 2020.

“The MI Civil Service Commission needs to quit trying to attack public sector unions,” Sabo tweeted on Monday, July 6. “Not during a world health crisis…not ever.”

Sabo clarified his criticism of the commission in an interview Tuesday, saying it “undermines” front-line and unemployment agency workers and their “rights to collectively bargain.”

“(The commission’s) repeated attempts to rig the rules to make it more and more cumbersome is nothing but an attack on working people,” Sabo told MLive. “The union provides services to its members to provide better wages, benefits and working conditions and nobody should be allowed to freeload in receiving those services. What is the benefit of making union members authorize over and over again other than to continue adding hurdles to union membership?”

Messages seeking comment were left with members of the Michigan Civil Service Commission.

The continued deduction of fees based on a one-time authorization “is problematic,” wrote State Personnel Director Janine Winters in a June 5 statement. The members of the commission are James Barrett, Jeff Steffel, Janet McClelland and Jase Bolger, who were all appointed by former Republican Gov. Rick Snyder. Barret and Bolger are Republicans. Steffel and McClelland are Independents. If the proposal passes, it will take effect Sep. 1.

“We are in the middle of a global pandemic and the worst economic crisis in our lifetimes,” she said in a statement, “and the notion that Civil Service Commission would choose this moment to take power away from our health care workers, road repair workers, corrections officers, and unemployment call center employees is unthinkable.”

Supporters of the proposal, including the free-market think tank Mackinac Center for Public Policy, say it informs union workers of their rights laid out in Right to Work legislation and the 2018 U.S. Supreme Court decision in Janus vs. American Federation of State, County, and Municipal Employees. Commissioner Barrett is a member of the Mackinac Center Board of Directors.

“Michigan became a right-to-work state in 2013, meaning no worker can be forced to pay money to a union in order to keep their job,” said Jarret Skorup, spokesman for the Mackinac Center in a statement. “The Janus decision in 2018 goes further – it allows for workers to have union dues withheld but says they must give ‘clear and compelling evidence’ that they consent to this. It’s not an ‘attack’ to require a political organization to regularly have to get members to sign up to pay their dues.”

The U.S. Supreme Court ruled 5-4 in the Janus decision, with Justice Samuel Alito writing in his affirmative opinion that it would be a violation of non-union members’ free speech rights to force them to pay union fees, or to “subsidize” the speech of private entities such as unions.

Right to Work legislation allows union members to opt out of paying at any time. For Sabo, Whitmer and other Democrats, they see these laws, rulings and proposals as strikes against union power in Michigan.

“I support all unions and their right to collectively bargain for their wages, benefits and working conditions,” Sabo said.