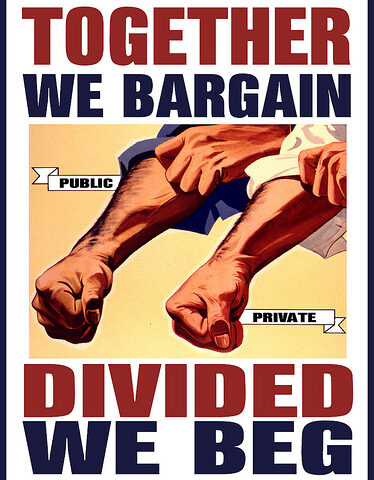 Last month, the unions representing Michigan’s civil service employees sued the Michigan Civil Service Commission because it adopted new rules requiring employees to annually opt in to dues deductions. That lawsuit included a request for an injunction to prevent those rules from going into effect until the lawsuit was decided. Yesterday, the U.S. District Court for the Eastern District of Michigan denied that request.

In reviewing the unions’ request, the court evaluated both the claim that the rule violates the contracts clause of the U.S. Constitution and the claim that it violates the union’s First Amendment rights. Both claims are examined in greater detail in our previous discussion of this suit. In reviewing the union’s contract clause claim, the court recognized that binding precedent identified by the brief from the Mackinac Center and National Right to Work Foundation foreclosed the possibility of relief for the unions. Without a legally viable cause of action, the unions’ claim regarding the contract clause failed.

The same is true of the unions’ First Amendment claim. Relying on precedent from the Sixth Circuit Court of Appeals and the U.S. Supreme Court, the District Court recognized that “The First Amendment prohibits government from ‘abridging the freedom of speech’; it does not confer an affirmative right to use government payroll mechanisms for the purpose of obtaining funds for expression.” The court determined that “If the state may completely prohibit payroll deductions for union dues without running afoul of the First Amendment, it follows that a yearly reauthorization requirement for payroll deductions also does not implicate the First Amendment.”

The court further found that the unions did not demonstrate that the rule caused irreparable harm, an essential requirement for an injunction. As of Sept. 29, the court observed, 82% of union members had already renewed their authorizations for dues deductions. It also noted that employees who fail to opt in before the Oct. 4 deadline could nevertheless renew anytime after that date. The court refused to accept that mere logistical concerns or inconvenience could create irreparable harm in light of these facts.

Based on the above, the court concluded that the unions “have neither demonstrated a likelihood of success on the merits nor irreparable harm,” and denied their request for immediate relief. As a result, any Michigan Civil Service employees who have not authorized dues deductions by Oct. 4 will be automatically exempted from it.

This result is hardly surprising given the flaws in the unions’ case, but it is a welcome development for Michigan’s workers. Although this order does not dismiss the unions’ case, it does signal that the case is likely to be dismissed in the very near future. Given the timelines provided in the Michigan Court Rules, a final resolution to this case (assuming the unions do not appeal) can be expected by mid-November.