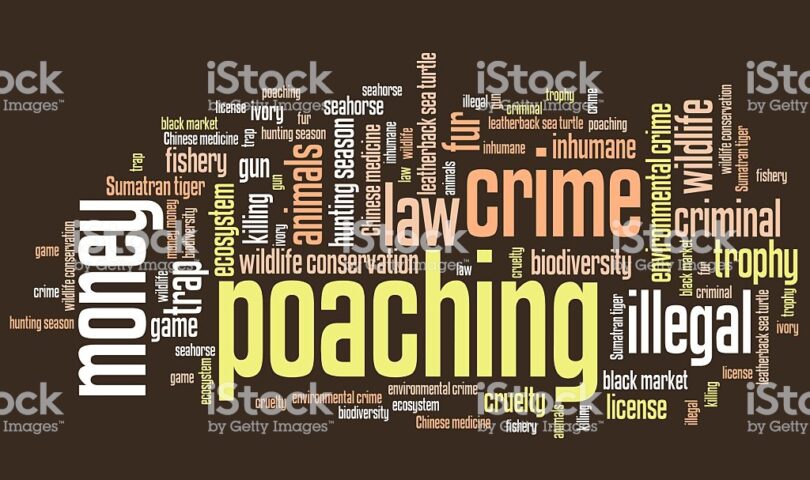 A sheep farmer who appears to have posed holding a large, dead wolf on his Upper Peninsula farm might now regret the snapshot.

So might his father, who waited off-camera to remove the trophy so the trapper and his wife could turn its fangs, pelt and skull into jewelry and lodge décor, authorities say.

The cell phone photo is evidence in an expanding state wildlife sting that has yielded three additional suspects even as it raises questions about whether Michigan’s poaching penalties are tough enough.

Sweet Grass Farms owner John “JD” Bishop, 39, and his father, David Bishop, 66, both of Pickford are each charged with one misdemeanor count of conspiracy violating the state’s law protecting wolves. Both have accepted plea agreements and are to be sentenced Aug. 5, records at 91st District Court in Sault Ste. Marie show.

They are free without bond after being arraigned June 1. Lawyers for the Bishops also declined to comment.

Also, Linda Duncan, 61, of Pickford was notified on Monday to appear in court July 15 for arraignment on three misdemeanor violations of the state’s Natural Resources and Environmental Protection Act. She allegedly made and sold necklaces with wolves’ teeth and prepped their pelts and skulls.

The charges stem from an undercover investigation by a Michigan Department of Natural Resources conservation officer that earlier snared a man the DNR believes is the most prolific poacher of endangered wolves in modern times.

Authorities also found three bald eagle carcasses, two still in snares, according to probable-cause affidavits used to search Duncan’s home, cabin and the couple’s phones. He has not been charged for the protected birds.

Fourteen of the wolves were taken at Sweet Grass Farms, about five miles southeast of Pickford, the DNR alleges. Duncan is also accused of unlawfully snaring or trapping 19 coyotes, eight foxes, two white-tailed deer, one bobcat and one turkey — 49 animals in all. The other charges were for illegal snares.

The former builder pleaded not guilty and posted $500 bail. No trial date is set

The DNR says it received a tip that Duncan had “openly discussed killing multiple wolves” during the 2019-20 trapping season. Detective Joel Lundberg allegedly won the trapper’s confidence at a fur buyer’s event on Feb. 20 near St. Ignace.

The 18-year veteran recorded in unusually vivid dialogue how he met with Duncan at his home eight days later, and they went to his cabin 12 miles outside Pickford. Duncan sold Lundberg a wolf pelt for $200 and a wolf-tooth necklace for $100, according to Lundberg’s written affidavits.

Duncan then allegedly showed the undercover officer a cell phone photo of JD Bishop struggling to lift “a very large, dead wolf.” Duncan professed he killed the wolf the previous Labor Day weekend on the “back 9 at the Bishop farm,” Lundberg wrote.

Sweet Grass Farms raises sheep, cattle, horses and hay on 1,200 acres about five miles southeast of Pickford. JD Bishop manages a flock that has nearly 1,000 sheep after spring lambing, according to its website.

“JD Bishop had a hard time holding the wolf up so he could take a picture,” Lundberg wrote. “Dave Bishop was driving the tractor (he moved the tractor out of the way for the picture, they transported the wolf in the tractor basket).”

Duncan claimed to have 150 snares on five lines and said people contact him to help with wolf and coyote problems, according to Lundberg.

“They can’t find help ‘unless they can find a hired gun like me,’” the detective quoted Duncan as saying two weeks later on March 13 on their return from Duncan’s cabin on 40 wooded acres beside a vast marsh. “Guys like me are few and far between, especially one that’s got the balls to trap wolves.”

Authorities have not said what if any arrangement existed between Duncan and the Bishops.

The 18 wolves Duncan allegedly poached – four on his property – would dent the local wolf population. There were at least 52 animals counted in 12 packs fully or partially within Chippewa County over the past few years, DNR spokesman John Pepin said.

Neither the farm nor the eastern U.P. is known for significant wolf problem lately, state records suggest.

Not since 2016 has there been a verified wolf depredation on any livestock in Chippewa County or neighboring Mackinac County, according to the Michigan Department of Agriculture and Rural Development.

Neither Sweet Grass Farms nor the Bishops have sought state reimbursements for livestock lost to wolves or coyotes in at least the past decade, indemnification records show.

In a quirk of law, the Bishops face more time in jail than Kurt or Linda Duncan, up to a year versus a maximum 90 days. That’s the same whether Duncan is convicted of one or all 125 counts because Michigan law requires a sentence to be served concurrently on all counts.

The U.S. Endangered Species Act carries tougher penalties, also up to a year in prison, but consecutive sentences are possible.

Pepin, the DNR spokesman, said an agent for the U.S. Fish and Wildlife Service was unable to help investigate. Andrew Birge, the U.S. attorney for West Michigan and the Upper Peninsula, will not comment on active cases, spokeswoman Anne Towns said.

The U.S. Department of Interior wants gray wolves delisted in all lower 48 states, most of them in the western Great Lakes. The agency is expected to make a decision soon. Michigan lawmakers have declared wolves a game species in anticipation.