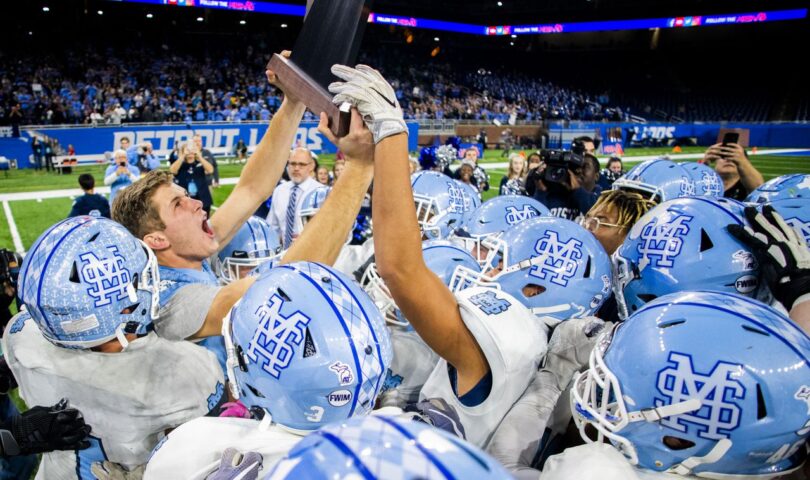 Following a morning meeting, the MHSAA’s 19-member representative council gave approval for all fall sports to begin official practice on the originally scheduled dates, with football scheduled to begin Aug. 10 and the rest starting Aug. 12.

However, the MHSAA said football will delay the start of practice with full player pads and equipment until Aug. 17. Also, the start of volleyball and swimming & diving practices may begin official practices outdoors if not allowed to be indoors by Aug. 12.

However, football, girls volleyball and boys soccer — which the MHSAA has defined as moderate and high-risk — may begin practice but not competition. The MHSAA said it will make a decision about competition timelines for the three sports by Aug. 20. The MHSAA’s update said the decision to allow competition in those sports will rely “on how the spread of the virus is trending statewide.”

Although official practice for all sports have been approved, the MHSAA voted to cancel scrimmages in all sports and approved limitations on numbers of teams that may compete together at regular-season tournaments, invitationals and other multi-team events. The reason given for the elimination of scrimmages is that it will prevent teams from mixing before the first date of competition, and the regular-season limitations may lessen opportunities for viral spread while still allowing meets to be conducted.

“The council, reflecting on the positive impact on their athletes this summer from taking part in offseason training, feels it’s of utmost importance to continue athletic activity moving forward,” said MHSAA executive director Mark Uyl in the release. “If we take a month off, our students will find opportunities to compete through non-school entities that may not be as focused on safety. Our athletic directors and coaches can provide the safest-possible environment to return to sports, and this phased-in approach to competition will help schools continue building on progress already made.

“The council chose to make these adjustments to help ensure our athletes have a safe regular season this fall. As we continue to solidify the regular season, we can then turn our attention to building a safe postseason for our athletes.”

The MHSAA has posted guidance documents for each sport, outlining increased precautions designed to limit the viral spread. The limitations for regular season fall tournaments and invitationals include:

– Cross Country – maximum of 70 runners are allowed in a race

– Football – two teams at a site

– Soccer – four teams at a site

– Tennis – four teams at a site

– Volleyball – four teams at a site

“The easy way out would be to postpone all activity to next spring, and we are not taking the easy way out. But we will make wise decisions based on medical guidance,” Uyl said. “We will make these difficult decisions quickly and appropriately. If we don’t play this fall, it won’t be because we didn’t make every effort to do so.”