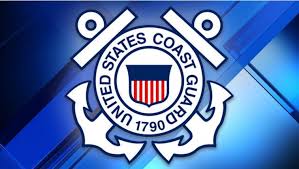 At approximately 11:30 p.m. EST, Sector Sault Sainte Marie Command Center received a call that a recreational vessel with four persons on board collided with the break wall in Mackinac Island Harbor. The four occupants were thrown onto the breakwall after the collision. Mackinac Marine Rescue and a response boat from Station St. Ignace responded to the scene to evaluate the condition of the victims. An MH-60 helicopter from Coast Guard Air Station Traverse City was also launched to the scene. One victim sustained critical injuries and was hoisted by the MH-60 and transported to Munson Medical Center. The other three victims were transported to Munson Medical Center and McLaren Northern Michigan Hospital with major injuries. There was no reported pollution from the vessel, which has been hauled out of the water. Michigan Department of Natural Resources (DNR) is investigating the accident.

“It is important to be familiar with the area you are boating in, especially at night as it is harder to see hazards,” said Captain Amy Florentino, Deputy Sector Commander. “As always, we are grateful for our rescue partners and the assistance they provide. In this case, Mackinac Marine Rescue was able to maneuver their vessel close to the breakwall, which allowed first responders to access and treat the victims as quickly as possible.”