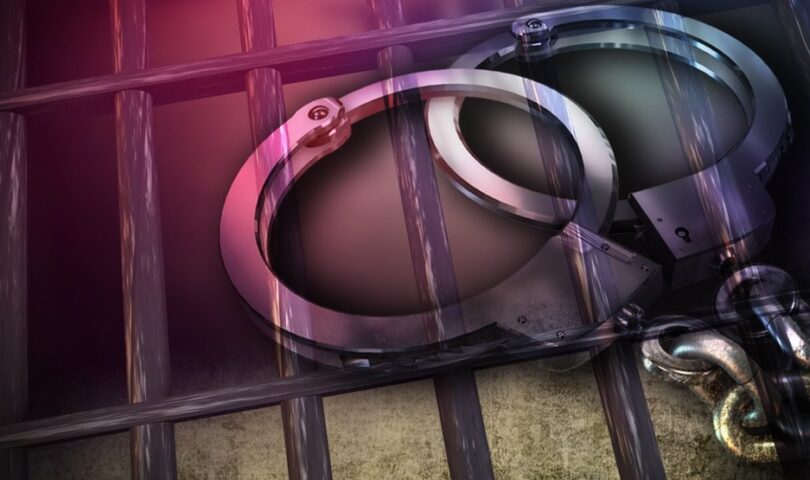 Inmates are running an international drug ring out of an Upper Peninsula prison, selling crystal methamphetamine, heroin and cocaine supplied by deported ex-cons in Mexico, according to federal court records.

A federal search warrant affidavit outlines a years-long investigation, identifies the accused drug kingpins and reveals ties to Mexico, where former inmates paroled by the Michigan Department of Corrections are allegedly coordinating large-scale drug shipments to locations including Alger Correctional Facility in Munising.

State corrections officers searched the prison in late May and found a virtual drugstore inside the cell of inmate Dontay McMann, 40, who federal agents say deals drugs alongside fellow inmate Juan Mejia.

The sophisticated international conspiracy described by a U.S. Drug Enforcement Administration agent unraveled in late May thanks to a secret wiretap and a hidden piece of evidence found in McMann’s cell inside Alger prison.

The affidavit makes no mention of how drugs entered the prison and whether any corrections officers were involved in the conspiracy.

As of Friday, nobody has been charged and the investigation is ongoing, according to federal court records.

Alger Correctional Facility is 45 miles east of Marquette, between Lake Superior and Hiawatha National Forest, and has room for about 900 inmates.

Investigators and prosecutors have seen an increase in the crystal meth industry in the Upper Peninsula in recent years that originated with locals making homemade batches.

Crystal meth imported from Mexico has proliferated in Michigan because it’s considered an inexpensive, safer alternative to heroin, according to the Michigan State Police.

The search warrant affidavit is the second federal filing in recent months alleging the existence of drug trafficking organizations inside Michigan prisons.

In December, the mother and estate of Michigan inmate Seth Zakora, 21, filed a federal civil rights lawsuit after he died of a fentanyl overdose in January 2017. The lawsuit alleges a state corrections officer and an inmate orchestrated a drug ring inside Lakeland Correctional Facility in Coldwater.

The lawsuit, filed against Department of Corrections Director Heidi Washington and others, alleges drugs were smuggled into the prison inside basketballs thrown over the prison fence.

“I would be very surprised if there was a single prison that doesn’t have this problem. They’ve got the perfect setup for absolute corruption. It’s inmates against the guards, and guards don’t snitch on each other.”

Anita Lloyd, spokeswoman for the Michigan Corrections Organization, a union that represents 6,500 officers and forensic security assistants, referred comment to the state Department of Corrections.

“There has been nothing found to suspect staff involvement at this time and no staff have been suspended/disciplined/fired,” Department of Corrections spokesman Chris Gautz wrote in an email to The News.

The Alger prison probe, meanwhile, was ongoing as early as last year and utilized a federal wiretap, according to the search warrant affidavit.

Last year, investigators discovered someone was using JPay — a system for sending messages and money between inmates and people outside prison — to communicate with a drug supplier in Mexico, according to DEA Special Agent Michael Tighe.

The message was sent by Mejia to convicted cocaine dealer Hector Plascencia-Rolon from a contraband phone, the agent wrote.

At the time, Plascencia-Rolon, 31, was finishing a minimum three-year sentence for dealing cocaine and awaiting deportation to Mexico.

Mejia, 47, who is serving a 17-60 year sentence for dealing cocaine, and Plascencia-Rolon were incarcerated at Lakeland Correctional Facility in 2018, according to the DEA agent.

In the message, Mejia wrote: “I need the windows that you sold me one day for my car,” according to the affidavit.

“Based on my training, experience, and familiarity with the investigation, I believe Mejia was asking Plascencia-Rolon to sell him methamphetamine, commonly referred to by the (drug organization) as ‘windows,’ upon his return to Mexico,” the DEA agent wrote.

Plascencia-Rolon finished serving his sentence early last year and was deported to Mexico in April 2019.

Agents analyzed phone records that showed the phone utilized the cell tower near Alger prison and was used to call a second phone. That led investigators to believe the second phone also was being used by the drug ring.

The second phone also exclusively used the cell tower near Alger prison, according to DEA analysis.

Agents obtained a federal wiretap for the second phone to listen to conversations and heard a male voice.

Investigators compared the voice to recorded prison calls made by McMann, the convicted killer incarcerated at Alger. He was sentenced in 1997 to at least 40 years in prison.

The voices matched, according to the DEA agent.

Agents listened to phone calls and concluded McMann and a second man were discussing drug proceeds and crystal meth, the agent wrote.

“That’s all?” McMann said, according to the affidavit.

“I believe (the second man) was saying that the drug proceeds were less than expected because he had to give someone a cut of the proceeds,” the agent wrote.

Corrections officers raided McMann’s cell at Alger prison on May 20.

Inside, investigators found more than 50 grams of meth, 120 doses of LSD, a digital scale, knife and more than 80 strips of Suboxone, a medication used to treat opiate addiction.

Hidden inside, underneath the right side of the keyboard, investigators found three storage devices for the phones investigators say were used to deal drugs inside Alger. Investigators also found one of the cellphones.

“None of this surprises me at all,” Radner said. 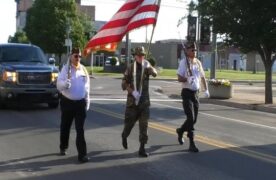